Game consoles have become a huge industry in today’s world. There is a lot of competition between the major manufacturers. These would be Sony who makes the PlayStation 4, Microsoft who has the Xbox One and then Nintendo who owns the Wii U. Every few years each manufacturer makes a new version of these systems with better hardware. This event becomes a big deal for everyone who plays video games.

Even though there is a lot of work and effort put into designing and manufacturing these new systems, they can still break or have problems. A few years ago, almost everyone who owned an Xbox 360 had heard of the red ring of death. This problem would sometimes happen to systems with no warning. This issue would show itself by having the normal green power rings that signified that the machine was up and running, suddenly turn red and start flashing. This was accompanied by complete system failure. This issue was reported by some to affect as many as 54% of all Xbox’s in circulation. 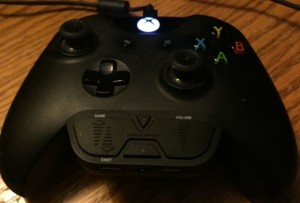 In the current generation of game consoles there is still the possibility of technical issues showing their ugly face. For the PlayStation 4 the Top 4 reported problems are: The console randomly turning off by itself; having no audio or video even when plugged in correctly; the PS 4 randomly freezing at different times; and reporting some sort of problem with the disk drive. This is not to say that the Xbox One has not had its share of problems. The good news is now the consumer has an option for fixing their system instead of just sending it back to the manufacturer. There are a number of places that offer game console repair. For this discussion we will focus on some common problems with these systems, and about how much you can expect to pay to have these issues remedied in the Milwaukee area.

If you experience a problem with you game console and you wish to have it fixed you have a few options. You can send it back to the manufacturer, but then you have to pay the shipping costs there and back, plus you have to wait for the shipping and repair times which could be weeks or longer. The other option you have is to search the internet and find a place close to you that will perform the repair for you. Depending on where you live there may be a few different options. Your best bet might be to call any of the local repair shops around where you live and describe the problem you are having with your system and ask them about how much you can expect to pay to have the problem fixed and about how long you can expect to wait for the service to be performed. Then you can make the decision of which option would be the best when it comes to price and repair time for you. 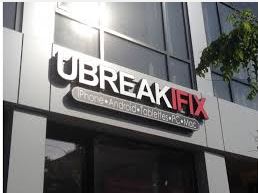 In the Milwaukee area there are a number of places that offer game console repair services. One of the biggest would be a place called ubreakifix. There are a few locations in the Milwaukee area. There is one in West Milwaukee, one in Greenfield, one in downtown Milwaukee and there is another in Brookfield. Pick the one that is closest to you and you can either call them or just stop in to the location and get a quote. The stores have basic normal business hours. They are open from 10 am to 7 pm from Monday thru Saturday and are open from 11 am till 5 pm on Sunday. These generous hours should make it easy for almost everyone to be able to visit these stores or call them when they are open for a quote.

If you have a newer game console like the Xbox One or the PlayStation 4 or even the Wii U, you will have to call ubreakifix for a quote or stop in to find out how much repair may cost you because the website says because of parts availability they do not post prices online. If you have an older system I can give you some ideas about how you much can expect to pay for some of the common problems that can plague them.

For the Xbox 360 to fix the infamous red ring of death problem we discussed before, ubreakifix will charge you about $79.99. If you console is experiencing an E74 error upon startup, they will charge you about $79.99 to fix this problem. Once in a while some people have experienced a disk read error, and to get this one fixed it will cost about $89.99. If you need to have the whole disk drive for your Xbox 360 replaced it will cost about $89.99. To have your hard drive fixed or completely replaced you will need to call them and make an appointment, and the price can vary depending on the size of the hard drive being replaced and various other factors. Diagnostic service is free according to their website.

If you have the slim version of the Xbox 360, the prices are a little different. To have the disk drive replaced in this unit it will cost about $129.99. If you are experiencing a disk read error, the price is the same as the original Xbox 360 at $89.99.

If you own a PlayStation 3 and you need diagnostic service, it is also free for this unit. Just call or stop in to have them look at your unit. Some PlayStation users were afflicted by a problem like the red ring of death for the Xbox 360, but theirs is the dreaded yellow ring of death, and ubreakifix charges $79.99 to fix this issue. If your system is flashing a red light, they charge $79.99 for a repair. The PlayStation is equipped with a Blu-Ray drive; if it needs to be repaired it will cost $99.99. If it needs to be replaced it will cost a little more at $149.99. If you happen to own the slim version of the PlayStation 3, and you need to have any of the above issues fixed, the prices are about the same.

For those people who happen to own a Wii or a Wii u, you will need to call or stop in to a local shop to get pricing information. As with the other systems, free diagnostic service is available. They also offer a number of other repair services including cell phone and computer diagnostics and repairs.

If you have the will and a bit of technical knowledge, then you may be able to fix your system yourself and save some money. If you go to a website named www.ifixit.com, they have a whole list of guides showing detailed instruction on how to do a number of fixes for popular issues, and then you can visit any one of the popular sites like eBay to buy replacement parts if any are needed.

If you have a Xbox 360 they have some guides that may help, and those are: Bottom Vent, Cooling Fan Duct, CPU Heat Sink, Dual Fans, Eject Button, Faceplate ,GPU, Heat Sink, Hard Drive, Lower Case, Motherboard, Power supply, Cooling Fan, Red Ring of Death Fix Kit, RF Module, Top Vent, Upper Case, Optical Drive Replacement. They also offer some guides for other issues including preventative maintenance and power supply teardown in case you are having a problem with it. Also offered are repair guides on other Microsoft game systems including the original Xbox and the Xbox One and also for controller repair. 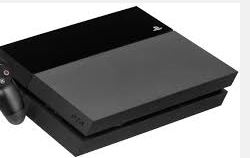 If you happen to own a Wii they have about the same selection of guides including 12 Replacement Guides for issues like: Bluetooth Board, Bottom Panel, Drive Board Fuses, DVD Drive, DVD Drive Lens, Faceplate, Fan, Heat Sink, Motherboard, Outer Case, Wi-Fi Antennas, and Wi-Fi Board. They also offer guides for the older Nintendo systems including the original NES, Super Nintendo, Nintendo 64, and the Nintendo GameCube, as well as some of the Nintendo handheld game consoles and console controllers.

If this was not enough, they also offer repair and replacement guides for some of the much older systems like Atari 2600 and 5200, the Intellivision, The handheld Atari Lynx, Magnavox Odyssey 100, the Nintendo Family Computer, Nintendo Virtual Boy, RCA Studio II, and even the SNK Neo Geo! They even have a small answer section of some common problems for the children’s handheld game device called the Leapster. If you own one of these older systems and are experiencing any issues with them, it may be worth the time to check out the website and see what is offered.

I hope this short guide has maybe helped you a bit or even given you some options or ideas or even suggestions if you have having an issue with your video game console. At the very least, maybe this guide will show some people that there is a few different options out there including possibly fixing their own console.