Windows 10 provides feature updates about every 6 months with few exceptions. In this submission, I’ll be writing about various features contained within feature updates from Windows versions 1809, 1903 and 1909. The first two numbers are the year and the second two are the month of the rollout date.

Features from each version I’ll be discussing:

Cloud Clipboard
This is an interesting feature. It allows you to not only synchronize your current copied clipboard contents but also to keep a history with a timeline. This feature can be really useful for people that tend to copy and paste a lot of the same information over and over. It provides a means for you to look through your clipboard history and find something that you copied before and a means to paste it anywhere else. This also allows for mobile devices to store screenshots that were taken on other devices or to screenshot text messages for using elsewhere as a potential use case.

Microsoft Edge Improvements & Features
Microsoft Edge may be in 3rd place when it comes to active users but it has lots of functionality that Chrome and Firefox do not have. From feature update version 1903, Microsoft Edge browser received a lot of updates for backwards compatibility and useable features. I’ll break down 3 of the new features below. 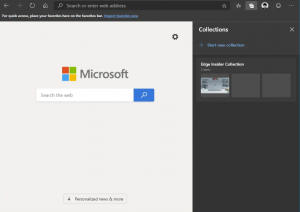 Microsoft Defender Enhancements
Interchangeable with Windows Defender, Microsoft Defender is the line of defense built into Microsoft Windows 10.  Much of the new features are cloud or server-side that the user is unaware of but I’ll cover a few. 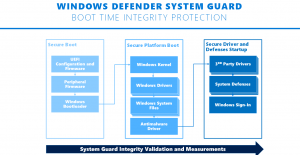 Microsoft Connected Cache
This sounds like a powerful tool for server administrators as well as application developers. It allows you to utilize local caching, as well as cloud caching so that the demands of your applications and even windows update can be managed to not stress out your own servers and connections. By deploying connected cache within your organization, you can utilize local servers or resources on the Microsoft Azure Cloud platform. 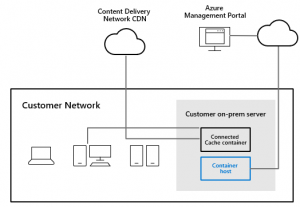