Prepare for Conflict Resolution Questions in the Job Interview

How to answer conflict resolution questions during the interview.

As a prospective employee, how you handle conflict is tremendously important to employers. To prepare for interview questions that deal with this, consider how you might respond to questions before you sit down with the interviewer. The better prepared you are, the better your chances of impressing the employer. Here are some example questions and explanations of conflict resolution interview questions.

Tell me about your worst boss.

This is about as close to a trick question as you will get in the interview. It almost invites you to cut loose with some juicy rant. If you forget how answer this question appropriately or how you prepared for it, just remember to be professional and do not lie.

The interviewer might ask this for several reasons. They want to hear either the good response or the bad response and it is your responsibility to know what each are. The interviewer wants to know how you relate to your supervisors despite your opinion of them. Ideally, we have experience with only the most qualified, organized, and professional supervisors. Every boss we have ever had was like a combination of Oprah Winfrey and Yoda, guiding us nobly through employment and bestowing great wisdom. As interesting as that might be, it is not always how reality works. There is a great chance that you have had a few supervisors of widely varying levels of professionalism. You have probably had negative opinions about some of them. If you tend to treat your supervisors with disrespect, the interviewer is hoping to gain clues about it. Treating a supervisor poorly is, of course a trait that a hiring manager does not want to see in a prospective employee. An easy way to flunk this interview question is to verbally trash a supervisor that you did not get along with. This would probably feel good. You could get it off your chest right there in the interview with someone who might totally understand where you’re coming from. In your mind, you probably have plenty of justifiable reasons to make that old boss look like a clown. You could detail several of the wrongs you experienced due to the ineptitude of this old boss who was a walking, snorting calamity. The interviewer would be smiling and nodding while you rant about TPS reports, how your old boss would sometimes talk like Elvis Presley for laughs, or how they wore blue jeans in the office. Once you got on a roll and felt like you were really connecting with the interviewer about this, you might feel comfortable enough to drop an f-bomb or two. This is exactly what you should not do. No matter how justified you might be, never verbally bash someone in the interview. Prepare for this question by considering what that worst boss lacked in professional supervisory traits. Maybe they did not challenge you enough or they were disorganized. Try to mention something positive about this worst boss for every lacking trait that you list. Here is an example. “Tracie knew an incredible amount about the job, but it was difficult to tell what she expected of me”. Once again, you don’t want to lie. You should consider this question before you get to the interview and know how you will respond.

How do you deal with irresponsible peers?

The motive behind a question like this has to do with management skills. The interviewer wants to know if you act and think like a leader. Think about the word peer first. A peer is someone of equal status to you. To the interviewer, the negative response has something to do with feeling superior to your equals. “Oh man, I hate when people are lazy”. 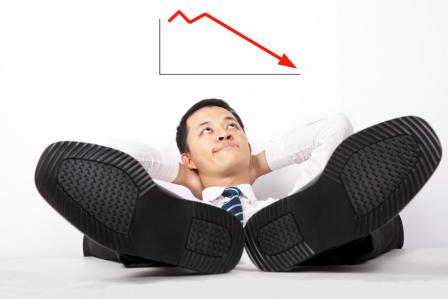 That is a poor response even if it might express your value of hard work. Just like how you should avoid bashing an old boss, you should avoid bashing former peers. A great response is that you try to recognize what those peers lack in training and you take the initiative to help them. However, you might not have experience with this. Do not lie about it, but you can answer by saying this is what you try to do. If you lack the experience, tell the interviewer that you try to set a positive example or find ways to help motivate the team. Try to relate a positive resolution to the scenario.

Tell us about conflict in your team and how did you handle it.

To a team, conflict is kryptonite. Every function of a team will be affected by it. You want to express your understanding of this in response to this question. In a perfect work environment, there is never a need for conflict resolution. Those might exist somewhere, but any number of things can become a conflict and impact a team. Try to discuss an example of a conflict you resolved by first recognizing the impasse, deciding how to resolve it, and executing. 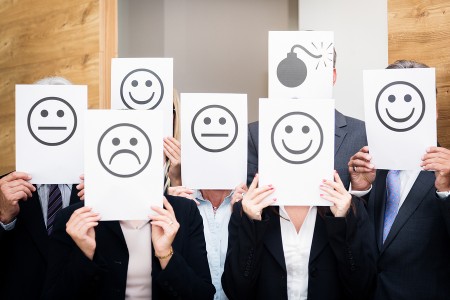 If you do not have a good work experience like this to relate, think of a similar school, family, or friend situation that might coincide. Once again, you want to be professional here. Avoid verbally bashing someone even if you think that person was being awful, and they were fully to blame for the team conflict. The best response is about helping the team or repairing the conflict through positive actions. Maybe you called a team meeting for everyone to air their grievances. Maybe you realized that you could not repair the conflict and asked for help. Asking for help is not always a negative approach to a resolution. Good leadership will sometimes involve calling in a specialist to resolve a problem. Prepare for this type of question by knowing the importance of cohesiveness in a team and that you should be able to recognize and handle conflict.