What Are The Advantages of Wired vs. Wireless Workplace?

With the rapid evolution into wireless connectivity, a question is posed: Is it still viable to keep the workplace hardwired, or is the technology becoming obsolete?  There are obviously advantages and disadvantages to both wired and wireless, but which reigns supreme?

Wireless Networks are an awesome compliment to a hardwired network in my personal opinion.  It’s pretty obvious that just having one and not the other these days will only hinder productivity and efficiency.  The biggest issue with a wireless network is security.  With all of the critical corporate information in the airwaves, it becomes a lot easier to obtain for malicious purposes.

Wired Networks are the legacy system that have been implemented in corporate environments for 30 plus years.  For all of that time, it’s gotten the job done in an efficient, cost-effective manner. It provides unrivaled security measures, speed and reliability.  Contrasting the two systems makes it evident that they really do compliment each other’s weak points.  With that being said, what is the better option?

If I had to choose between the two, it would have to be a wired environment.  The pros outweigh the cons in the most important areas such as security, cost-effectiveness, reliability and ISP speed. All of these things are vital to a network infrastructures success.  If there was an option to combine the two, which there absolutely should be, that is undoubtedly the best option available.

Mixed Network environments is practically the standard nowadays in the aspect of business.  I rarely come across business that only provide one of these options, and if I do it’s usually a warehouse setting or an explicitly non-tech oriented company.  Having a mixed network provides all of the pros listed above, but can be pretty costly.  That being said, I think that is mainly the reason why many corporations still stray away from investing the capital towards an upgrade.  Over time, every single company that wants to stay afloat will most likely have to implement these changes.  Technology is moving at the fastest pace it ever has, and the standard is continually moving upwards.  The company I just recently moved on from had only a hardwired network, and I noticed significant problems with the infrastructure in the short time I was there.  The employees were restricted to using the hardwired machines to create orders for customers, and there were multiple occasions where it visibly effected efficiency and productivity.  Employees waiting in a line to use one of the finite amount of computers in the building made it seem clunky and pretty unprofessional.  Overall, wired environments are the safe way to go, but mixed networks are what should be the standard from now on. 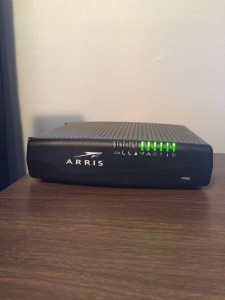